Can Israel and Hezbollah stave off a dangerous escalation? 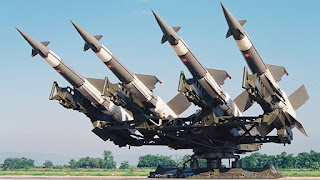 Israel and Hezbollah are again embroiled in a perilous dynamic of escalation. How things unfold, as always, depends on the degree of self-restraint and level-headedness on both sides, and just as importantly on luck.
Hezbollah plans to perpetrate a terrorist attack in the coming days. Hence the Israel Defense Forces dispatched reinforcements to the Lebanese border last week and raised alert levels. Hezbollah leader Hassan Nasrallah said in the past that he would retaliate from Lebanese soil for any harm to his personnel, even if they were wounded or killed in Syria. Such was the case last September, following the assassination of a Hezbollah drone cell in the Syrian Golan Heights; and such is the case now as he seeks to avenge the death of a Hezbollah operative in an airstrike on Damascus International Airport last Monday, which has been attributed to Israel.
We can assume that, if Israel was indeed behind the attack, Israeli officials didn’t know the Hezbollah operative was present at the targeted site. Efforts are usually made to avoid casualties, which increase the likelihood of a counter-response. But from the moment the (relatively junior) operative was killed, the situation took on a life of its own: social media sites in Lebanon erupted, with users mocking Nasrallah for failing to back up his words. It seems he initially couldn’t decide whether or not to retaliate, but the IDF’s recent measures indicate the decision has already been made in Beirut.
Nasrallah does not want a war. He is in unprecedented distress. Lebanon is in tatters economically, on the verge of insolvency. Unemployment numbers are through the roof. Because it is a part of the government, Hezbollah is perceived as being part of the problem. The terrorist group has not avoided the vitriol of the masses, not least because many of the problems stem from the economic sanctions imposed against it, which heavily burden Lebanon’s financial systems. READ MORE
Posted by Bill Salus at 5:40:00 AM