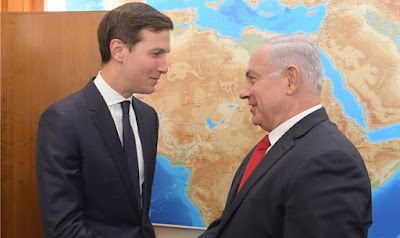 The soon-to-be signed peace treaty between Israel and the United Arab Emirates will not be implemented immediately, according to a report by Bloomberg, but will be carried out in phases.

With Israel set to sign a peace treaty with the UAE and a “declaration of peace” with Bahrain at the White House Tuesday, a report by Bloomberg claims that the treaty between Israel and the UAE will be implemented incrementally, over three phases, according to sources briefed on the details of the agreement.

According to the report, the two countries will not exchange ambassadors immediately, but will begin with economic cooperation, followed by security and intel cooperation, and in the final stage, full diplomatic relations.

The deal was constructed in such a way at the request of the UAE, which sought to ensure both that Israel does not apply sovereignty over parts of Judea and Samaria in the near future, and to keep pressure on the US to complete the planned sale of F-35 stealth fighters, which Israel has objected to.

A separate report by The Times of Israel this week cited three officials with direct knowledge of the negotiations between Israel and the UAE who said that the Trump administration promised the UAE that it would not recognize any move by Israel to apply sovereignty in Judea and Samaria prior to 2024 – President Trump’s last year in office if he is reelected this November.

In the telephone conversation between Netanyahu, President Trump, UAE Crown Prince Mohammed Bin Zayed which laid the foundation for Tuesday’s peace deal, dubbed the Abraham Accords, Netanyahu agreed to “suspend” his sovereignty plan, without specifying how long the plan would be frozen.