Knesset to ratify Israel’s pacts with the UAE and Bahrain 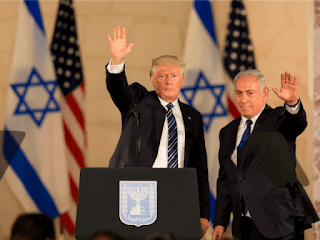 PM Binyamin Netanyahu to meet President Donald Trump tete a tete on Tuesday, Sept. 15 shortly before the ceremonial signing of diplomatic accords with the United Arab Emirates and Bahrain. The latter are represented by their foreign ministers, Abdullah bin Zayed Al Nahyan and Abdullatif bin Rashid Al Zayani, respectively.
While the two accords, brokered by President Trump, represent a historic breakthrough to Israel’s acceptance by its Gulf neighbors, they are legally different: With the UAE, the prime minister is signing a “peace treaty” predicated on parliamentary ratification, and with Bahrain, a “declaration of peace,” which is a solemn commitment to peace. Netanyahu’s office has indeed announced that the pact with the UAE will be brought before the government and referred to the Knesset for approval. The precise contents of the two papers have not been revealed.

The official ceremony takes place at 12 p.m. (7 p.m. Israel time) on the White House South Lawn, followed by speeches by the leaders and the playing of the countries’ national anthems. Some 700 people are invited to a grand dinner event.

“We’ve worked on this for many years,” Netanyahu said when he flew out to Washington. “This is a massive turning point in the history of Israel, as well as the history of the Middle East. It will have a huge and positive impact on all Israelis.” He added: “I promise you, from what I see here, that more countries are on the way.”

All Israelis were meanwhile condemned at the end of this same week to spend the High Festivals from Friday under a full lockdown in the face of a major surge in coronavirus infection.