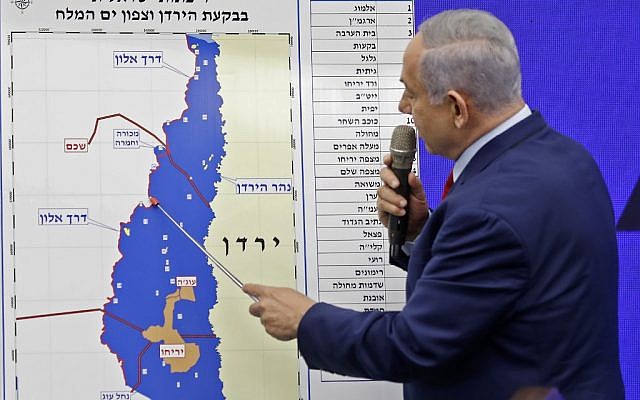 Damascus is condemning a vow by Prime Minister Benjamin Netanyahu to annex part of the West Bank if reelected, accusing him expansionism.
“Syria strongly condemns the prime minister’s announcement,” a Syrian foreign ministry source tells state news agency SANA, warning Israel against a “flagrant violation” of international treaties.
The source says that the planned move is consistent with Israel’s “expansionist nature” and its history of “attacking the rights of Palestinians.”
He also criticizes unnamed Arab states for seeking to normalize ties with Israel, saying they “bear a historical responsibility for its rogue behavior,” SANA says.
Saudi Arabia has denounced Prime Minister Benjamin Netanyahu’s vow to annex parts of the West Bank as a “very dangerous escalation.”
Thse strongly worded statement is a significant rebuke from a regional power that has recently grown closer to Israel over their shared concerns about Iran.
Netanyahu said yesterday he’d extend Israeli sovereignty over the Jordan Valley if he is reelected next week and would move to annex Jewish settlements.
It was widely viewed in Israel as a campaign stunt and initially received a relatively muted response in the Arab world, where championing the Palestinians has waned.
But Saudi Arabia’s royal court, which runs the affairs of King Salman and Crown Prince Mohammed bin Salman, says other regional concerns “will not affect the status of the Palestinian cause.”
Posted by Bill Salus at 4:55:00 AM