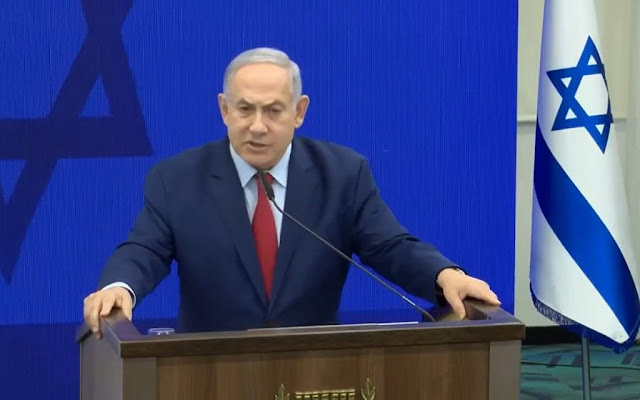 Netanyahu: I’ll immediately annex the Jordan Valley, if I get voters’ mandate

While he promises to annex all settlements after he’s re-elected, Netanyahu makes another promise:
“One place that can have sovereignty immediately applied to it after the elections is the Jordan Valley. The next government will apply Israeli sovereignty to the Jordan Valley.”
He then asks for Israelis’ votes. "This is a democracy. I won’t do anything without a clear mandate. So I’m asking for a mandate, to do this thing that enjoys a broad consensus, to define at long last Israel’s permanent borders, promising that Judea and Samaria don’t turn into Gaza. This map defines our eastern frontier. We haven’t had this kind of opportunity since the [1967] Six Day War, and may not have it against for another 50 years.” (Read More)
Posted by Bill Salus at 8:52:00 AM